Dreaming in the Slums – A Story of Courage and Resilience 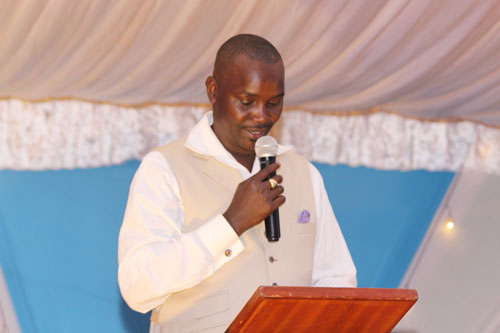 One of the first things Wilfred Mwangi did when he came back to Kenya was to visit his alma mater, Strathmore University. Walking past the green lawns and along the shiny terrazzo floors that had for him been a most welcome and terrifying refuge, the father of two looked back on his past and marvelled at how far he had come.

Told in his gripping and cheeky autobiography, “The Slum Dreamer,” Wildred’ss story is as familiar as it is rare. It is a story of resilience where all but toughest men would be broken. It is an account of the beauty of struggle borne cheerfully. And it is a celebration of eventual achievement against all odds.

Commuting on foot from a one-room mud-walled house deep inside the sprawling Kibera Slum in Nairobi, Wilfred studied for a Certificate of Professional Accounting at Strathmore College (which later became Strathmore University), where he was both impressed and scared by the high standards. From the beginning, he felt like an outsider, an alien in a world where people dared to dream.

The house in which he lived was behind a bar that was always noisy, and all he had for light at night was a dim paraffin lamp. As a result, it was nearly impossible to study in there. Refuge from this came from a surprising source; his poverty. Because he was always short of money, he could not join his friends and classmates for lunch.

Instead, he would excuse himself and sneak over to the library of the College, or to Mbagathi Study Centre, which is also an initiative of Strathmore Educational Trust, to complete his assignments and catch up with his notes. From there he would walk back home, casually traversing the great boundaries that divide humanity into the well-off and the poor. All in the space of 30 minutes.

Nevertheless, inspired by his desire to change his lot and the formation he received in Strathmore and at Mbagathi, he went on to graduate with a CPA in 1996, after consistently being among the best students in his class.

From there, his story has been one of numerous successes, leading up to his eventual ascension to the position of Vice President of Finance at Citibank in New York. When he eventually felt he was ready to go back home, he came to Kenya and started Afripoint Capital East Africa, which he describes as “a focal point ground level capital and project Implementation firm providing technical and operational support for capital investors in Africa.”

In November 2017, Wilfred spoke at a dinner held in Strathmore University to mark 50 years since the School of Accountancy (SOA). There, he recounted his struggle to many others who had passed through the school. Many of them were hearing his story for the first time. But perhaps more identified with it than was readily evident. For as much as it was his story, it was also the story of many ordinary men and women.

Sometime before, he had met and given a talk to students from Kibera who are taking part in the Macheo Achievement programme, which is organised by the Community Outreach Programme at Strathmore University. Writing after attending the talk, Trizah Nekesa, one of the students in the programme, said, “Wilfred has proved that hard work and determination can yield successful results.” 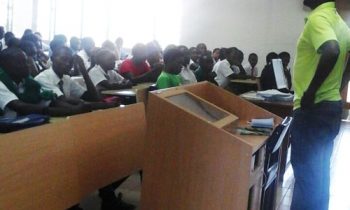 The inspiration behind Strathmore was that it would be open to all, without regard for race, ethnicity, social standing, economic background or any of the million categories by which men classify themselves. Spurred on by this fundamental conviction, the institution has built itself into a wellspring of promise for many underprivileged young people.

And although in the beginning many of them, like Wilfred, might think they are foreigners along the corridors and among the columns, none of them ever leave feeling they do not belong. They become part of the Strathmore story. And this is very well captured in something Wilfred says at the end of a video shot by Strathmore University.

“My name is Wilfred Wachira Mwangi. I am Strathmore.”